Conversations with Doris: How We Can All Benefit from Ancient Chinese Wisdom

Body & Soul  >  Blog   >  Conversations with Doris: How We Can All Benefit from Ancient Chinese Wisdom

Conversations with Doris: How We Can All Benefit from Ancient Chinese Wisdom

The Best of Both Worlds: Bringing the Knowledge of TCM to Improving Health Today. The first Body & Soul location opened in 2004. So, how did an expat from Germany with a background in IT sales come to run one of the most successful healthcare organizations in Shanghai? How did Doris Rathgeber come to understand the Eastern approach to mind and body? And, what has she learned that might help Shanghai expats live the healthiest life possible? 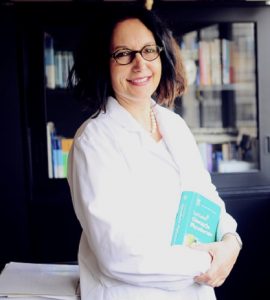 You came from Europe and after a short period in China, having recently learned Chinese, began studying TCM (read more about Doris’ story here + link to Conversations with Doris: Achieving Your Dreams in Shanghai). Explain the process and what it took to understand and integrate TCM concepts.

As westerners, our brains have been fed on western medicine. Studying TCM was like starting from scratch. It wasn’t as simple as studying a new subject. I had to embrace the worldview and understand entirely new mechanisms for how the universe operates in the eastern (or Chinese) philosophy.

Medical systems are always attached to the people’s beliefs and the culture’s philosophy. There’s a significant difference between east and west in understanding the mechanisms that control how the world functions. There are elements in TCM that don’t exist in western medicine. The Qi, for example, is essential to TCM. Of course, I’d never heard about Qi’s role in the body in the west. We learned about blood, bones, and organs. Western medical practitioners typically focus on specific areas of the body and particular diseases. So, if we immediately dismiss concepts like Qi, Yin & Yang as well as the idea of the body working as a whole and stick to what we were taught, we can’t begin to understand TCM.

In addition to the general difficulties of the Chinese language, this continued to challenge me throughout my studies. The biggest change occurred when I heard a talk by a German doctor who was practicing TCM in the U.S. Hearing the way he was able to understand and explain the TCM philosophy put everything in a new light. 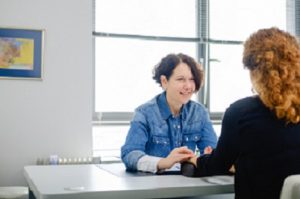 How is practicing TCM different and to what do you attribute its increased popularity worldwide?

TCM is really focused on the diagnostic process. This involves Wang, Wen, Wen, Qie (observing, smelling & hearing, asking and feeling) and taking time to think of how to approach the patient’s problem. It is a slower, more deliberate process.

TCM doesn’t offer a “quick fix”, other than for acute illnesses like flu, cold or diarrhea which are considered superficial diseases. This is why it is also so effective. There is a saying in TCM that the malady takes as long to go as it did to come. By the time you experience symptoms the body has been off balance for some time. And, for some patients, they’ve been dealing with a chronic illness for many years. Quite often, patients come to us after seeing doctors at home and in other clinics. They’ve been having difficulty finding answers and quick fixes haven’t worked. We need to go deeper, and find the root causes. But we certainly do not exclude the Western approach and diagnostic tools.

What should a patient know when seeking TCM services at Body & Soul?

99% of patients who come to us are very open, even though our approach to healing is quite different. They’re ready to try a new way. It often takes a lot of explanation. Patients must be willing to share a lot of information and let us approach things from a different worldview. We can’t apply western logic and concepts to TCM.

Body & Soul offers comprehensive services, including TCM, functional medicine and various disciplines of western medicine. I often serve as the “sorting hat” in the practice. This is why my evaluation is so important and I listen carefully to all aspects of what is going on with my patient. Their openness is vital, as we don’t simply focus on one organ/system of the body. Some patients might come in describing one issue, but when they share more information and I observe them, the state of their body becomes clear.

We are called Body & Soul because our practitioners understand the connection between the entire body, the mind and the spirit. Emotions play a key role in health. TCM talks about 7 emotions, which we take very seriously. Nothing exists in isolation.

We understand patients may be anxious, exhausted and frustrated with how they’re feeling. Patients who can relax and trust us leave the clinics feeling relieved and grateful. We’ve taken the time to listen and understand. With patience and compliance, with treatment and lifestyle changes, patients will find their bodies and lives back in balance. 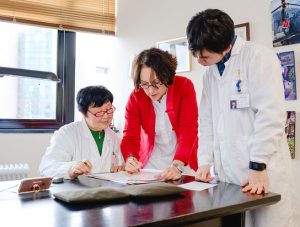 What lessons does TCM offer for Shanghai expats?

A lot of people forget to pay good attention to their body & mind condition in Shanghai because of over-working or over-partying. Paying attention to the body – mind connection is crucial, as well as to the external environment. Chinese people traditionally lived closely with the cycles of nature and day and night. In our fast-paced world, we often ignore these things and throw our bodies off kilter.

Sometimes even health becomes compromised in Shanghai, so we need to find balance. This is particularly important when we’re away from the comforts of home, on a new schedule, and under pressure. It’s easy to get worn down physically and mentally.

Body & Soul combines Eastern medicine and Western science to provide the most natural, effective health solutions in four convenient locations throughout Shanghai. Services offered are covered by insurances and include TCM and acupuncture, osteopathy, chiropractic, physical therapy, psychological counseling, podiatry and functional medicine among others. Feel free to get in touch with us to schedule an appointment. Follow us on Wechat for more health and wellness tips!

A Surprising Source of Your Pain