Pediatric asthma is a quite common condition as approximately 10 % of children suffer from it and tend to develop it mostly between the age of 4 and 5. When an acute outbreak occurs, early symptoms are mild chest pressure and a dry cough, followed by bronchial spasm (sudden constriction of bronchi and bronchioles) causing cough and severe breathing difficulties. Acute outbreaks are triggered by infections of the upper respiratory tract or allergies. Asthma comes in different forms and levels. The lighter it is the more likely is it that children grow out of it during childhood (50% of children do). 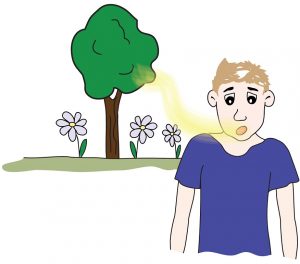 While Western Medicine has limited cure and merely controls attacks, Traditional Chinese Medicine (TCM) can tackle the root of the disease. Even in the most severe cases, a reduction in symptoms can usually be achieved. In TCM, asthma is called Qi Chuan Bing or Xiao Chuan Bing, which indicates a disease of breathing difficulties, with or without breathing noises. TCM understands asthma is due to an immune deficiency located in the lungs: the lung Qi (or vital energy) cannot protect the body from the intrusion of Wind, Cold, Heat and Dampness (all considered evil pathogens and causing diseases) which in turn causes phlegm accumulation in the lungs. The phlegm then ascends inappropriately to the throat resulting in coughing and breathing difficulties. Children’s lungs are slowly maturing and still weak. Therefore children are more exposed to develop an upper respiratory tract disease such as asthma.

Asthma attacks are most likely to occur during rapid changes of weather and temperatures or when allergy levels are high (pollen, smoke, pollution, etc.). Diet can also play a role as, according to TCM, some food items favor the production of phlegm - which someone suffering from asthma would want to limit to the minimum. Heavy, sweet, and greasy foods as well as seafood tend to produce phlegm in the body and thus increase the likelihood of asthma attacks. 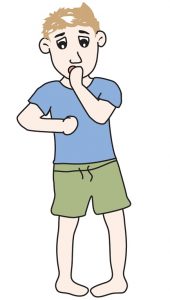 In order to treat asthma properly, the TCM physician must identify the root cause of asthma (retention of cold fluids in the lungs, accumulation of heat and phlegm in the lungs, etc.) to design a tailored treatment plan. Most often, outstanding results can be achieved through herbal medication. Depending on the condition, the herbal decoction will be adjusted individually but would most probably contain Ma Huang – a widely used herb in the treatment of asthma - to dispel the excess of fluids in the lungs and boost the lung Qi. If the child is old enough to stay still and is not afraid of needles, acupuncture could also be applied to treat the causes and reduce the symptoms of asthma. Otherwise, Tuina massage for children is also indicated.

TCM significantly improves asthma sufferers’ condition since patients usually can live without asthma spray or any other kind of medication after 3 to 6 weeks of treatment. Maintaining a basic herbal therapy intake is generally sufficient. In severe cases, an integrated approach is often preferable: using Western Medicine to control severe attacks and TCM to treat the underlying causes. And while a cure is not always possible in all cases, improvement can almost always be observed. Plus, there are no side effects. 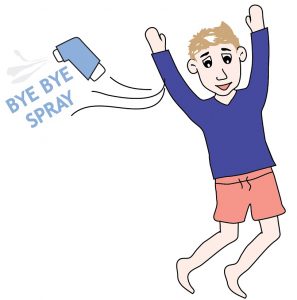 Next time you are wondering how to treat your child’s asthma as naturally as possible, consider asking a TCM doctor for assistance. Healing chances are very high! Get in touch with us to schedule a consultation and explore the possible healing treatments for your child now!

Creating a Healthy Environment in Shanghai