This is part of our “In Medical News” series where Dr. Sara Laudani shares a study or article in recent news and offers some analysis and tips about the news, to help patients stay informed.

The headline of a recent article on Medscape seems shocking on first glance, starting out with “Better to Binge Drink…”. However, it is about a study that found there is more risk to regular drinking, even in small amounts, when it comes to GI (gastrointestinal or digestive system) cancer. So, it is not suggesting binge drinking is healthy. Plus, it is only investigating one possible consequence of alcohol use. 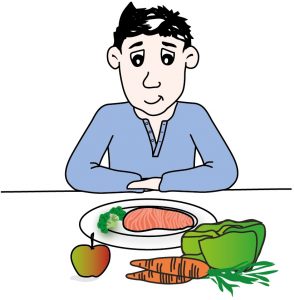 The findings from the study show that, when it comes to GI cancer, which is a known risk of alcohol use, risk is more associated with regular drinking. This was in comparison to binge drinking (drinking larger amounts at once, but less frequently) at the same overall level. Generally, cancer risks increase with level of alcohol consumption. The study was from a large-scale screening program in Korea. Participants were followed from the year after their screening until either they had received a diagnosis of a GI cancer, death occurred, or seven years later.

The study also found that the association between alcohol intake and the incidence of GI cancer was lower among women than men. The authors of the study note that underreporting of alcohol use is a well-known limitation of such studies. Additionally, there may be some genetic factors especially prevalent in the Korean population involved.

Possible Reasons for the Findings

The authors hypothesize a possible reason behind the difference in risk may be that the chronic effects from regular alcohol use may promote cancer development. On the other hand, less frequent, episodic alcohol exposures may allow some recovery time for the body. They hope to further investigate the mechanisms behind this finding.

Take-aways for Your Health

In conclusion, while we all know that alcohol-containing products can be tasty, enjoyable, social facilitators, and cool to consume, I also think, as a practitioner, that getting more information regarding the “other” variables that play a metabolic role in the health game will make us “better players”.  We get the genes we get, but we can change the game by knowing more and understanding the factors playing into our health better.

Treatment of Gout with TCM